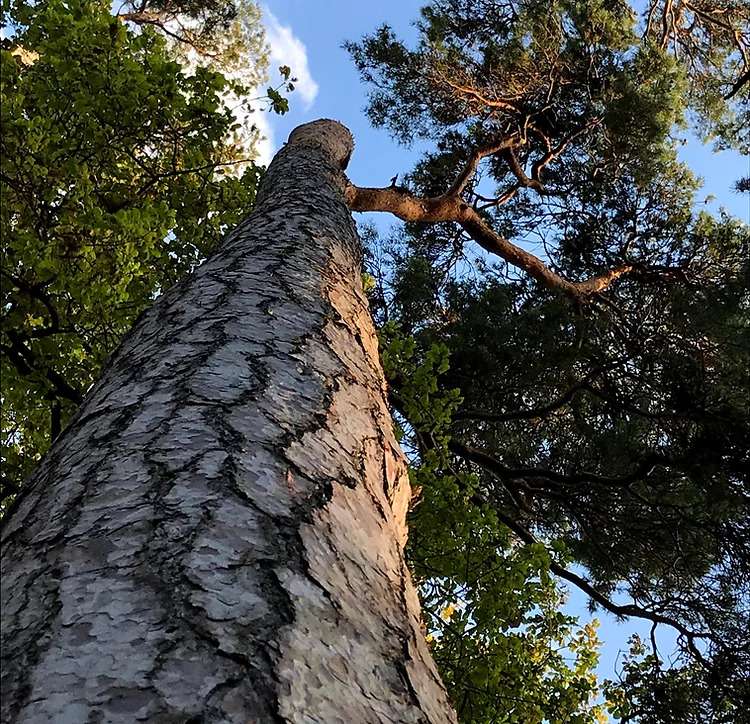 We think it is something worth shouting about.

We have reached this milestone with the help of our excellent foresters who planted two thirds of the trees and shrubs, and we have planted the balance ourselves.

It was a dream of ours since we purchased the land, which was formerly heavily grazed fields in late 2017, to transform it into a 17.5 acre habitat that was devoted to native wildlife.

A part of this plan involved the establishment of a broadleaf native deciduous forest on a large tract of the land, along with native hedgerow, large wildflower meadow and numerous ponds.

We have been active planting over the last three winters and this winter we had a forestry company erect deer fencing, prepare the planting holes and finally plant a 7 acre area of native trees which we were grant aided for under the Native Woodland Scheme.

The deer fencing is unfortunately essential as the population of deer in Wicklow is mostly unchecked, as they have no natural predators. In times past they would have predated upon by native Wolves and Lynx.

These would have kept the population in check, and it would have meant as the deer would have been on the alert for predators they would have been constantly on the move. As opposed to browsing continuously in one spot until they had exhausted the forage.

So without the deer fencing the sapling trees would be seriously damaged by the local deer population.

The trees are all what they call bareroot whips.

That is they are delivered as saplings with an established root system, and are about 300mm or so in length, and without any soil on the roots. They are only available like this during the late autumn and winter when the plants are dormant and not in growth, hence as long as the root systems are kept moist they can withstand this method of handling and planting. Though after delivery the sooner they are planted the better.

As the soil on Wildacres varies considerable from field to field, and even within the same field. It was important to ensure the trees planted were suited to the soil types. The soil in some areas is a heavy wet clay soil whilst in other parts it is a light alluvial free draining soil. The planting scheme for our future woodland was made up mostly of the following trees suited to the following soil types.

Alder for the heavier clay and wet soil

Hazel for the intermediate and heavier clay soil.

Hawthorn for all soil types.

In time Willow will self seed into pockets of the woodland. All of these wonderful native Irish trees planted will support a vast array of native wildlife species in the future.

Planting Downy Birch at the rear of the large new Wildlife pond.

The woodland will need to be managed over time to protect the saplings and make sure they are not smothered by rampant grass growth before they are tall enough to fend for themselves.

We have not or will not use any chemical treatments, as would often be used to kill off surrounding grass, but instead will rely on manually controlling grass growth around the trees.